Locality formed from the isle of Blanquefort, the name “Grattequina” is mentioned on the 1806 land register and written as “Gratte Qui N’a” on the register of 1843. This name comes from the clay soil of the land, full of alluvium coming with the floods of the river. Thus, farmers had to scrape (“gratter” in French) the soil a lot to cultivate. In the 19th century, the development of boating required a new layout of the Garonne River to keep only one wider and deeper channel from Bordeaux to the Ocean, so the isle of Grattequina was connected to the bank in 1860. Frédéric Gièse, a merchant of Bordeaux, became the owner of the new lands between the isle and the left bank of the Garonne. In 1869, he called on Louis Michel Garros, an architect of Bordeaux, in order to erect a sumptuous building on the former isle of Grattequina 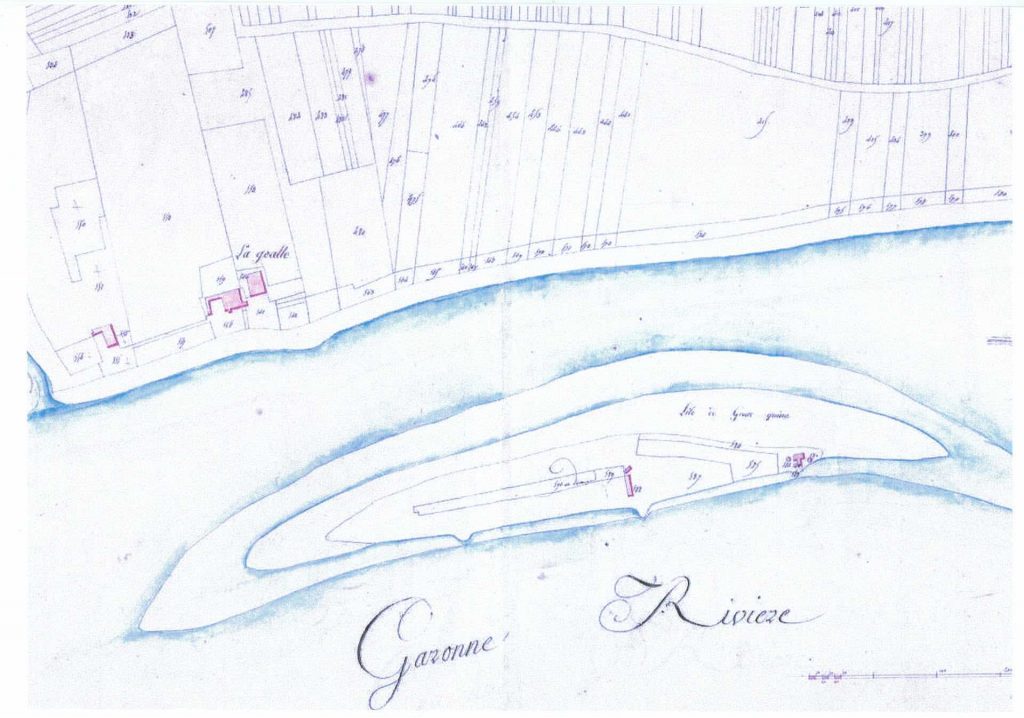 Built in 1872, the Château is firstly surrounded by vineyards. Located at the gateway of Bordeaux and the Medoc, the prestige of the building arises from the achievement of Frédéric Gièse. The architecture of Château Grattequina is characterized by a solid base to highlight the prominence of its owner, to protect the building from the floods and to get a comfortable one floor service. Ground level is devoted to domestic life. The first floor, surrounded by a large terrace, serves the owner luxurious life: a wide living-room, a dining-room, an office and a library. The other floors are occupied by ten bedrooms for friends and family.

Restoration of the Château by the HUE family

This elegant 19th century building is left unattended after a succession of owners. It owes its restoration by the determination of the Hue family.

In 1986, Colette and Xavier Hue bought the agricultural lands surrounding the Château.

The dramatic storm, in 1999, damaged significantly the roof, putting the building in danger. Consequently, they decided to get into a vast plan of restoration mixing authenticity and modern comfort to create a unique and luxurious accommodation.

After four years of work, the Hues opened this luxury Château hotel. Managed by Stéphane Hue, Château Grattequina offers 10 elegant rooms in a quiet setting. It’s now possible to get to the city center by the river using Grattequina’s speedboat, which highlights the special location of the Château along the Garonne River, between Bordeaux and famous Medoc vineyards.
Previous
Next